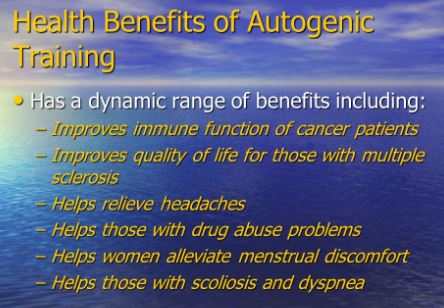 Autogenic training is a desensitization-relaxation technique developed by the German psychiatrist Johannes Heinrich Schultz by which a psychophysiologically determined relaxation response is obtained. The technique was first published in 1932. Studying the self-reports of people immersed in a hypnotic state, J.H. Schultz noted that physiological changes are accompanied by certain feelings. Abbé Faria and Émile Coué are the forerunners of Schultz, they publicized hypnosis.

Autogenic training involves repetitions of a set of visualizations that induce a state of relaxation and is based on passive concentration of bodily perceptions (e.g., heaviness and warmth of arms, legs), which are facilitated by self-suggestions.  The technique is used to alleviate many stress-induced psychosomatic disorders. 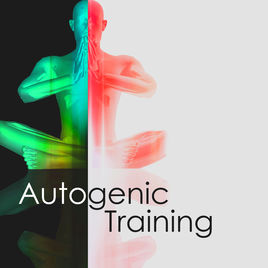 Biofeedback practitioners integrate basic elements of autogenic imagery and have simplified versions of parallel techniques that are used in combination with biofeedback. This was done at the Menninger Foundation by Elmer Green, Steve Fahrio, Patricia Norris, Joe Sargent, Dale Walters and others. They incorporated the hand warming imagery of autogenic training and used it as an aid to develop thermal biofeedback.

Autogenic training, is also called autogenics or simply AT, is a mind-body healing technique that’s been around for more than 70 years.

Autogenic training teaches your body to respond to your commands. (*)

You learn to gain control over body functions that you normally have no control over such as heart rate, blood pressure, digestion, body temperature, and breathing. (*)

It’s not completely understood how autogenic training works, but it’s considered a form of self-hypnosis. (1, 2)

Electroencephalography (EEG) can be used to measure brainwave state changes that occur during self-hypnosis. (*)  When this is done, it is considered biofeedback. 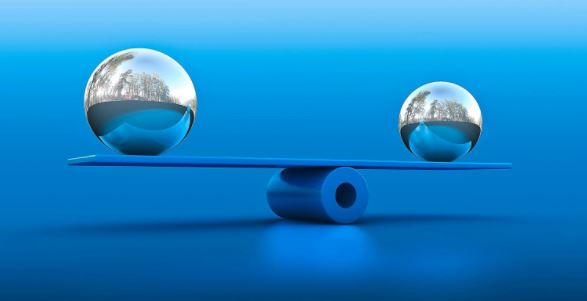 Repeated use of autogenic training balances the nervous system and calms down your overactive stress response.

Biofeedback is a similar technique, it teaches you how to control your body’s functions, such as your heart rate, pain, etc. With biofeedback, you’re connected to electrical sensors that help you receive information (feedback) about your body (bio).