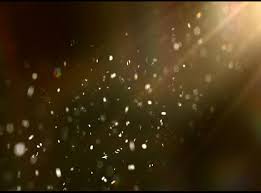 (NaturalNews) Dust contaminated by residential and urban insecticide use can be a significant source of toxic chemical exposure for city residents, according to study released online ahead of publication in the journal Environmental Pollution. The study was conducted by researchers from the University of California-Riverside, the California Department of Pesticide Regulation and CETaqua Santiago de Compostela in Spain.

The research was inspired by recent findings that contamination of surface water ecosystems in urban areas with pesticides seems to be linked to residential use of the same chemicals. Scientists have been unsure, however, of how the toxic chemicals could get from a person’s home or lawn to the local creek.

The researchers collected dust from the driveways, curbs and streets around homes in Southern California, and tested them for insecticides and their breakdown products. They found insecticides in the pyrethroid class – the most widely used residential and urban pest control chemicals – in the dust outside between 53.5 and 94.8 percent of homes. Median concentrations were between 1 and 46 parts per billion.

When pyrethroids were present, they were uniformly distributed around the home, suggesting that they had spread significantly from their initial area of application. Concentrations were significantly lower during the October–February rainy season, suggesting that rain washes the contaminated dust away from homes, spreading it into surface water.

The researchers also detected the insecticide fipronil, from a different chemical family, at between 50.6 and 75.5 percent of sites tested. The distribution of the residue over space and time suggested that once applied, fipronil rapidly breaks down into biologically active degradation products.

The analysis revealed that pyrethroids were found in highest concentrations among fine dust particles, which are also the type that spread most easily.

“Results from this study highlight the widespread occurrence of pesticides in outdoor dust around homes and the potential contribution to downstream surface water contamination via rain-induced runoff,” the researchers wrote.

The study’s findings are cause for concern in both a specific and more general sense.

Specifically, they raise concerns that people living anywhere in urban areas might be exposed to biologically significant levels of pyrethroid insecticides. Yet, a growing body of research suggests that the neurotoxic effects responsible for the chemical’s insecticidal qualities also cause permanent damage to the human brain.

Animal studies have suggested a strong link between pyrethroid exposure and hyperactivity, impulsivity and disruption of the system regulating the neurotransmitter dopamine, and human studies are starting to confirm those results. One study, published in the journal Environmental Health in 2015, found that children and young teenagers with higher levels of pyrethroid metabolites in their urine were significantly more likely to exhibit hyperactivity and impulsivity and to have a diagnosis of attention deficit hyperactivity disorder (ADHA). The effect was particularly strong in boys.

Another study, published the same year in the journal Environment International, found that children with higher levels of two pyrethroid metabolites in their urine had lower cognitive performance, especially verbal comprehension and working memory.

Pyrethroids became popular after the Environmental Protection Agency banned two of the most popular residentially used pesticides, which were in the organophosphate class. Pyrethroids were embraced as less likely to lead to acute poisoning – but the assumption that they are actually “safer” seems to have been premature.

On a more general level, the new study raises concerns about the way that toxic agents can travel far and wide from their source.

A 2013 study in the journal Environmental Science & Technology found that seasonal fluctuations in dust levels could explain changes in the levels of lead in the blood of children. And a 2015 study in Environmental Health Perspectives showed that dust from feedlots was spreading far offsite, carrying with it antibiotics and also antibiotic-resistant bacteria.

Sources for this article include: