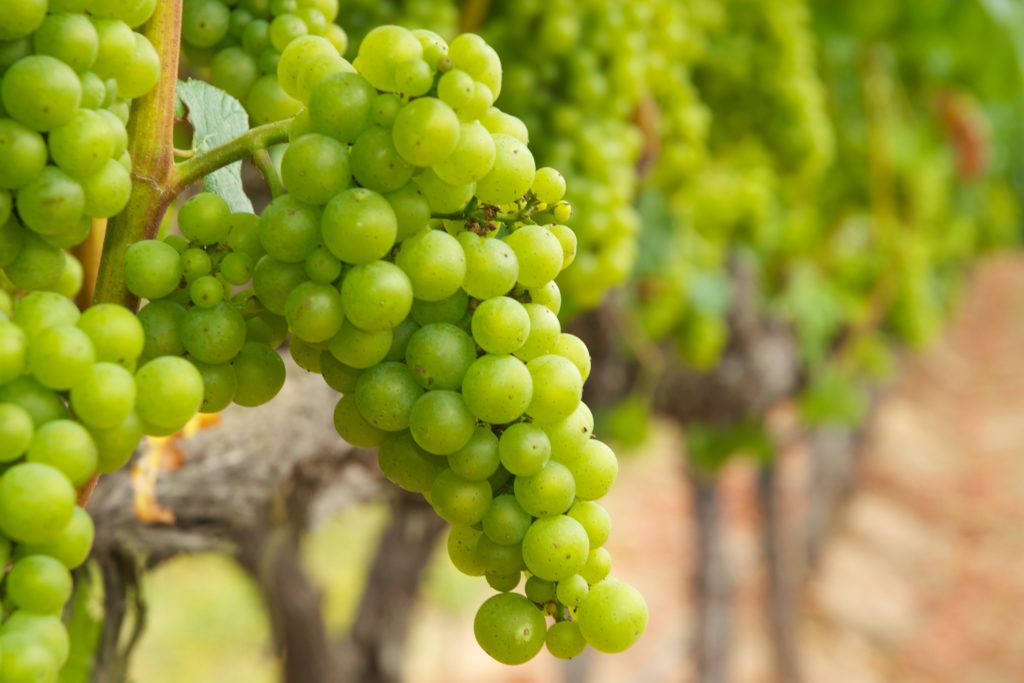 Grape seeds contain anti-oxidants and oligomeric proanthocyanidin complexes (OPCs) which improve circulation, brain health, and even prevent tooth decay. It is known as an anti-oxidant, and an anti-aging herb.

Grape seed Proanthocyanidins refer to procyanidin mixtures extracted from grape (Vitis vinifera) seeds. Procyanidins are derivatives of the flavan-3-o1 class of flavonoids. This class includes (+)-catechin, commonly referred to as catechin, and (-)-epicatechin, commonly referred to as epicatechin. Procyanidins are dimers and oligomers of catechin and epicatechin and their gallic acid esters. Procyanidins are widely distributed in the plant kingdom and, in addition to being found in grape seeds, are found in cocoa and chocolate, apples, peanuts, almonds, cranberries, blueberries and in the bark of pines, among other plant sources.

Grape seed Proanthocyanidins are mainly comprised of dimers, trimers and tetramers of catechin and epicatechin and their Gallates. They also contain smaller amounts of pentamers, hexamers and heptamers of these flavan-3-o1s and their Gallates. The procyanidin dimers and oligomers are also known as oligomeric procyanidins (OPCs) and procyanidolic oligomers or PCOs. Grape seed proanthocyanidins comprise approximately 60 to 70% of the polyphenol content of grapes. The procyanidins are colorless in their pure state.

Grape leaves and presumably seeds also contain flavonoids, and the skin and seeds are the source of several recently identified compounds known as 5-nucleotidase inhibitors.

Chemical analysis has revealed that PCOs have an antioxidant capacity some 50 times greater than Vitamin C or Vitamin E. Thus, one of the most important roles of PCOs is as free radical scavengers. They are known to take out hydroxyl free radicals and lipid peroxides and may, therefore, be protective against other free radicals of both water- and fat-soluble types. They also seem to inhibit a number of enzymes that can degrade connective tissues (hyaluronidase, elastase, and collagenase).

Oligomeric Proanthocyanidins (OPC’s). Grape Seed Extract provides a concentrated source of OPC’s, which are unique flavonols with excellent bioavailability and extremely powerful antioxidant activity, clinical studies indicate that they are fifty times more potent then Vitamin E and a hundred times more effective then Vitamin C. OPC’s also repair and strengthen connective tissue, including that of the blood vessels and the cardiovascular system. They also have anti-inflammatory, anti-ageing and anti-carcinogenic action.

Grape seed proanthocyanidins are mainly comprised of dimers, trimers and tetramers of catechin and epicatechin and their gallates. They also contain smaller amounts of pentamers, hexamers and heptamers of these flavan-3-o1s and their gallates. The procyanidin dimers and oligomers are also known as oligomeric procyanidins (OPCs) and procyanidolic oligomers or PCOs. Grape seed proanthocyanidins comprise approximately 60 to 70% of the polyphenol content of grapes. The procyanidins are colorless in their pure state.

The oil pressed from grape seeds contains a number of essential fatty acids and is rich in Vitamin E compounds.
The herbal classics CHMM(Chinese Herbal Materia Medica) recorded and defined other useful parts of the Vitis vinifera L.Including the stems and leaves,and root.And it recorded natural phytochemicals and constituents these parts contains:

Grape Seed Vitis vinifera Extract Oligomeric Proanthocyanidins OPC Polyphenols Anthocyanins and their precursors Proanthocyanins (also called condensed tannins) are chemically related to quercetin, and they are another class of flavonoids that are excellent antioxidants with similar benefits to other bioflavonoids. Pycnogenol, which comes from the bark of the French Maritime Pine (pinus maritima), is a particularly promoted and well-known source of proanthocyanidins. While their cost is several times that of citrus bioflavonoids, tablet sizes are only a fraction of those containing other types of flavonoids, so they are easier to take for individuals with swallowing difficulties, or children.

-Grape seed extract is a bioflavonoid-rich, potent extract which is used for fighting free radicals and to maintain capillary health. Proanthocyanidins is the best known form of bioflavonoids. It protects both the 1-antitripsin, whose role is to restrain the enzymes that break down collagen. Collagen, elastin and hyaluronic acid make up much of the inner wall and supporting matrix of the capillaries. When they are in good condition, the capillaries are more supple and allow red blood cells through tight places and do not let fluids in the blood leak out.

This article is shared here for educational purposes, for more info or the original article:: https://www.mdidea.com/products/herbextract/grapeseed/data03.html

Dr Mercola on Curcumin
Presentation on Cranial Electrical Stimulation by Dave Siever
Research: Drug Abuse & Cranial Electrical Stimulation
ADHD/ADD might be due to vision problems such as convergence insufficiency - A CNN interview
The Limitations of Double-Blind Placebo Studies
Anti-Aging, Anti-Inflammation, Antioxidant, Grape Seeds, Research & Resources
Bioflavonoids, Flavonoid, Grape Seed Oil, PCOs, Polyphenol, polyphenolic
Emotions are E-Motions, Energy In Motion – Are Your Emotions In Motion?
I Need You To Know There Is Hope