The Limitations of Double-Blind Placebo Studies 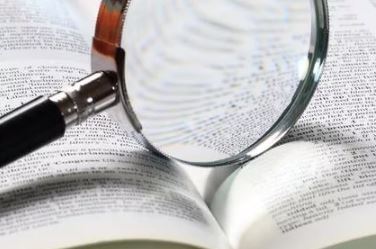 This is an article by Jefferson Fish that helps shed some light on the limitations of research studies specifically the double-blind and placebo controlled ones.    Sometimes there is plenty of evidence available that is not double-blind and placebo controlled, not utilizing the approaches that have evidence behind them can lead to missed opportunities and the continuation of needless suffering.

Study shared here for education purposes and for posterity:

Double-blind placebo studies have been called the gold standard for testing medications, especially psychiatric ones. Since the placebo effect is a psychological effect, it stands to reason that its effect on psychological conditions should be an especially potent one.

Double-blind placebo studies improve on experiments that compare the response of people taking a pill (or other treatment) to those who do not. The problem with these experiments is that they mix up the placebo effect (taking a pill) with the treatment effect (the medication in the pill). Placebo studies separate these effects. In addition, in double blind studies neither the people involved in giving the pill nor the ones taking it know if it is a placebo. That way, the danger of experimenters nonverbally communicating their expectation that the pill will work (or not) is overcome.

Typically, there are three groups: a control group, a placebo group, and a treatment group. The control group doesn’t get a pill; if they get better over time–as is often the case with depressed people, for example–their improvement sets a baseline against which to compare the other two groups. When people in the placebo group improve more than the controls, their increased improvement can be attributed to the belief that the pill works. Only when people in the treatment group improve more than those in the placebo group can that additional improvement be attributed to the medication in the pill.

Unfortunately, there are significant problems with double-blind placebo studies. These have long been known in the research world, but for some reason word hasn’t gotten out to the public. Here are two important ones.

The difficulty with the balanced placebo design is an ethical one–it involves deceiving participants and violating the principle of informed consent. The fact that such studies cannot be done ethically, however, leaves the problem of effectively controlling for expectancies unresolved.

Problem #2–Active placebos. Double-blind studies respond to the objection of experimenters unintentionally communicating whether or not a pill is a placebo. But they don’t respond to the objection of the pill communicating that information. While the placebo pill and real pill look identical, the placebo pill is inert, but the real pill has real biological effects. Therefore, even though the real pill may not improve the condition it is supposed to treat, people taking it may be able to feel those effects. This could lead them to conclude “I must be in the treatment group.” This is a more positive expectancy than “I don’t know if I’m in the treatment group or the placebo group.” As a result, placebo effects could be misinterpreted as treatment effects.

A partial solution would be to use active placebos instead of inert placebos. For example, nicotinic acid (niacin) causes skin flushing and itching. However, since the real pill and the active placebo pill would have different bodily effects, there is still the possibility that this difference rather than the medication in the real pill is responsible for any greater improvement in the treatment group.
Maybe instead of calling double-blind placebo studies the gold standard, we should call them the brass standard–far from perfect, but unfortunately the best practical solution available.