Research: Vitamin B12, Vitamin B6, Folic Acid and Psychosis: A Review 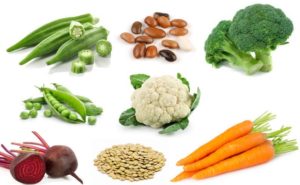 Vitamin B12, Vitamin B6, Folic Acid and Psychosis: A Review
Author(s): Monique Aucoin; Laura LaChance
Volume 33, Number 5, 2018
Schizophrenia spectrum disorders (SSD) represent a cluster of severe mental illnesses. Vitamins are known to play a role in various aspects of health and disease; however, the exact role of vitamins B12, B6 and folic acid in the development and progression of SSD are not clear. These vitamins play a role in the one-carbon metabolism cycle which is hypothesized to be involved in schizophrenia pathogenesis. This review, a sub-analysis of an extensive scoping review on nutritional interventions for prevention or treatment of mental health symptoms in SSD, aims to collate the existing research and explore hypothesized mechanisms. The literature search yielded a number of studies which met criteria for inclusion including two pre-clinical studies, 48 case reports, 76 cross-sectional studies, 22 experimental studies and seven meta-analyses. Clear associations were found between low levels of folic acid and vitamin B6 in individuals with SSD as well as possible therapeutic benefit with supplementation of vitamin B12, B6 and folic acid. Possible mechanisms include compensation for genetic polymorphisms, the manipulation of homocysteine levels and changes in methylation. Further research is warranted and clinicians may consider supplemental use of these nutrients as adjunctive therapies.

Quotes from the article:

The relevance of folic acid in psychotic disorders may have to do with a genetic polymorphism, genetic variations that affect function. The enzyme methyltetrahyrofolate reductase (MTHFR) is coded on chromosome 1 and converts folic acid to the active form, MTHF which participates in the one-carbon metabolism cycle. Individuals with genetic polymorphisms have reduced activity of this enzyme and subsequently have increase blood homocysteine levels. The occurrence of the polymorphisms has been associated with cardiovascular disease, stroke, congenital abnormalities, increase risk of cancer and more recently with psychiatric disorders including schizophrenia; however, there are studies with conflicting results (Frankenburg, 2007).

A significant body of evidence exists related to the role of vitamins B12, B6 and folic acid in psychosis pathogenesis and treatment including a range of study methodologies. Figures 1 and 2 show the distribution of studies based on methodology and year of publication. The studies were primarily cross-sectional in design and although the field of study dates back to the 1950s, the volume of literature has expanded rapidly in the past 2 decades. For a full list of the articles included in this review, please see appendix 1.

Folate: Thirty-four studies found decreased levels of folic acid in patients with psychotic disorders and four found decreased intake of dietary folate. Nineteen showed no difference when compared to controls or reported that folic acid levels we within normal limits. Of these studies, 14 assessed individuals with FEP, 42 assessed participants with chronic illness and one assessed a combination. One found decreased levels of the active form of folic acid in cerebrospinal fluid (Ramaekers, 2014). The remaining studies assessed folate levels in either the serum, plasma or red blood cells. Several studies reported associations between lower levels of folate and higher severity of negative symptoms (Chen 2014; Song, 2014, Goff, 2004, Tuga, 2011), total psychopathology (Herrán, 1999, Song, 2014), depression (Lerner, 2006) and disorganization (Herrán, 1999). On study found reduced levels of folate only in participants with the MTHFR polymorphism (Roffman 2008). Four meta-analyses have been completed since 2016 including 2000 to 3700 participants, including separate analyses of FEP and chronic schizophrenia. All analyses found lower levels of folic acid in these populations compared to healthy controls.

Vitamin B6: Eleven cross-sectional studies have compared blood levels of vitamin B6 in participants with primarily chronic psychotic disorders to control subjects. Nine reported decreased levels and two reported no association. A recent meta-analysis analyzing a total of 2125 patients reported lower levels of serum B6 in participants with chronic schizophrenia compared to healthy controls (Tomioka, 2018).

Folate: Six case reports have documented low levels of folate in patients experiencing a first episode of psychosis and one in a patient with chronic illness. Six of these reported implementing supplementatal folic acid and five reported significant improvement or resolution of symptoms; one reported no change with folinic acid supplementation but did not follow the patient when they discontinued this treatment and began supplementation with MTHF (Ho, 2010).

Vitamin B12: Thirty-six case reports have documented low levels of vitamin B12 in patients with psychotic disorders. These were primarily in individual first episode cases although one reported on 19 multi-episode cases. Thirty-seven case reports document improvement or resolution of psychosis symptoms in response to B12 supplementation.

Vitamin B6: Four case reports, two in FEP, two in chronic psychosis, reported the results of vitamin B6 supplementation. Doses ranged from 100mg to 500mg/day and all studies reported benefit, including one report of resolution of symptoms (Brooks, 1983)

Vitamin B12: Two experimental studies from 1955 were located which used supplemental vitamin B12 in individuals with chronic psychosis; neither reported an effect.

Folic Acid and Vitamin B12: Three randomized, controlled trials used a combination of vitamin B12 and folic acid as adjunctive therapies in participants with chronic schizophrenia. The studies were 12-16 weeks in duration involving 22, 42 and 140 participants. All reported positive outcomes including total psychosis symptoms, negative symptoms and biological markers including cortical thickness and fMRI measurements associated with cognitive function.

Vitamin B6: Ten experimental studies have used supplemental vitamin B6 in patient with chronic psychosis. Four combined the vitamin with other interventions including zinc (one study), L-tryptophan (1 study) and the medication L-Dopa (2 studies) and all used the supplement as an adjunctive therapy in addition to medication. Nine studies reported some level of improvement in at least one symptom domain including total psychopathology, negative symptoms, depression and anxiety symptoms and EEG results. The studies were small with 8 to 40 participants and four utilized randomization, placebo control and blinding.

All: A meta-analysis combined the results of randomized controlled clinical trials using adjunctive vitamin and mineral supplements in patients with schizophrenia. When they pooled the results of 7 studies assessing vitamins B12, B6 and folic acid, a statistically significant benefit over placebo was observed for total psychopathology symptoms but not for positive or negative symptoms individually (Firth 2017).

The exact role of vitamins B12, B6 and folic acid in the pathogenesis and treatment of psychotic disorders is not fully understood; however, there is significant evidence to suggest that there is an association. Attention to the nutritional status of patients with psychosis is warranted, as is further research in the form of intervention studies, especially those that identify sub-populations most likely to benefit.