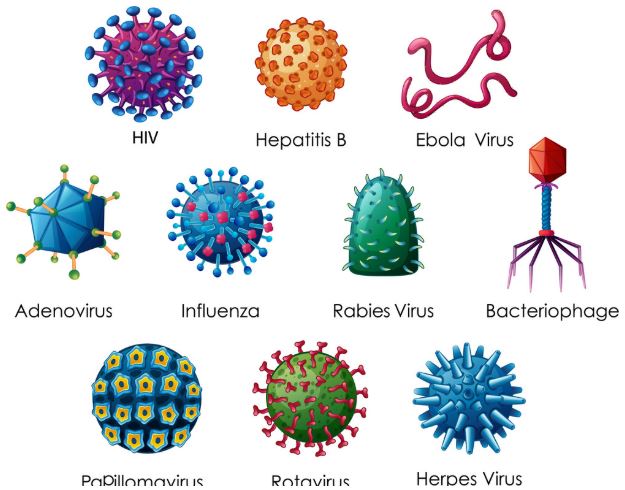 The information below is shared for educational purposes and to promote research.

Given the suspected role of herpes virus reactivation in some cases of Bell’s palsy (Kennedy 2010), natural agents shown to combat viral infection may be of some benefit for those affected by Bell’s palsy, although clinical trials have yet to evaluate this hypothesis.

Licorice is a member of the Glycyrrhiza species, which has been used traditionally to combat viral infections. It contains a compound called glycyrrhizin that has been shown in several studies to exert antiviral activity against a number of viruses, including herpes virus (Fiore 2008; Pompei 1979). In fact, the broad antiviral activity of licorice has given rise to interest in its clinical application as a broad-spectrum antiviral (Pu 2013). Animal studies show that licorice compounds mitigate the impact of HSV-1 infection and reduce HSV-1 viral replication (Sekizawa 2001).

Zinc may be able to combat Bell’s palsy on a number of fronts. Zinc inhibits the replication of the herpes virus and has been used in multiple trials to reduce the duration of herpes outbreaks (Gaby 2006). Zinc is also important for nerve function, as zinc deficiency can impair the ability of nerves to transmit signals (O’Dell 1990; NINDS 2012).

Lysine is an amino acid sometimes used to treat recurrent herpes simplex infections (Flodin 1997). It has not been formally evaluated in the context of Bell’s palsy, but studies have found it to be useful in combatting herpes virus-related illnesses. A double-blind, placebo-controlled study that included participants with oral-facial or genital herpes found that consumption of one gram of L-lysine three times daily for 6 months reduced the frequency, duration, and severity of herpes outbreaks (Griffith 1987). Other studies have also found that lysine supplementation can reduce the frequency of cold sores that occur during HSV-1 infection (Ozden 2011). Overall, lysine appears to be able to reduce the intensity and frequency of HSV flare-ups when used regularly (EBSCO CAM Review Board 2011).

The reishi mushroom, also known as Ganoderma lucidum, is a fungus that has been used medicinally for centuries in China, Japan, and Korea. Some of the components of reishi appear to have antiviral properties (Paterson 2006). Researchers have identified two different compounds in the reishi mushroom, known as GLPG (Ganoderma lucidum proteoglycan) and APBP (acidic protein bound polysaccharide), which showed strong antiviral activities against both HSV-1 and HSV-2 in vitro (Liu 2004; Li 2005; Kim 2000).

Preparations of the reishi mushroom have also shown promising results in human trials. Reishi was very effective in reducing pain caused by herpes and shingles infections that did not respond to standard treatment. Also, an herbal mixture containing reishi reduced shingles pain. In addition, another reishi-containing herbal mixture shortened the duration of symptoms in patients with oral and genital herpes infections (Hijikata 1998; Hijikata 2005; Hijikata 2007).

Much of reishi’s benefit may be due to its ability to combat immunosenescence – the normal decline of the immune system that accompanies aging. Reishi mushrooms attack and reverse immunosenescence through the combined effects of three compounds: first, a group of long-chain carbohydrates called polysaccharides; second, a unique protein named LZ-8; and third, a small group of steroid-like molecules called triterpenes (Bao 2001; Xu 2011; Yeh 2010).

Together, these three reishi components achieve the dual goals of promoting healthy immune responses against viral, bacterial, or fungal infections, while suppressing excessive or chronic inflammation that threatens long-term health.

Among its broad-spectrum immune-boosting effects are the following:

Propolis is a resin-like substance obtained from beehives and has a long history of medicinal use (Natural Medicines Comprehensive Database 2012). It contains a mixture of several compounds, including flavonoids and polyphenols, many of which have anti-HSV-1 activity (Schnitzler 2010). The variety of effects that it has on the immune system, together with its anti-inflammatory properties, may allow it to help the body more effectively fight infections (Storcin 2007).

In one study, a constituent of propolis was found to significantly inhibit the synthesis of HSV in cell cultures (Amoros 1994). Another study showed that a propolis extract has potent antiviral activity against HSV-2 in cell cultures (Nolkemper 2010). Notably, an ointment containing flavonoids from propolis was more effective in aiding the healing of genital herpes lesions and reducing local symptoms than the antiviral medication acyclovir (Vynograd 2000). Propolis, as a 3% ointment, was also shown to reduce the duration of cold sores caused by oral herpes and decreased pain associated with the lesions (Ehrlic 2011).

A number of other integrative interventions shown to possess antiviral properties are presented in the Herpes and Shingles protocol.

Source of the text above: https://www.lifeextension.com/Protocols/Neurological/Bells-Palsy/Page-03?p=1

Clement WA and White A. Idiopathic Familial Facial Nerve Paralysis. The Journal of Laryngology and Otology, 2000; 114: 132-134.

Flodin NW. The metabolic roles, pharmacology, and toxicology of lysine. Journal of the American College of Nutrition. Feb 1997;16(1):7-21.

Fontana CR and Bagnato VS. Low-Level Laser Therapy in Pediatric Bell’s Palsy: Case Report in a Three-Year-Old Child. The Journal of Alternative and Complementary Medicine, 2013; 19(4): 376-382.

Inglis VBM. Requirement of Arginine for the Replication of Herpes Virus. Journal of General Virology, 1968; 3: 9-17.

Kulkarni SK and Dhir A. An Overview of Curcumin in Neurological Disorders. Indiana Journal of Pharmaceutical Sciences, 2010; 72(2): 149-154.

Li Z. Liu J et al. Possible Mechanism Underlying the Antiherpetic Activity of a Proteoglycan Isolated from the Mycelia of Ganoderma Lucidum in Vitro. Journal of Biochemistry and Molecular Biology, 2005; 38(1): 34-40.

Liu J, Yang F et al. Possible Mode of Action of Antiherpetic Activities of a Proteoglycan Isolated from the Mycelia of Ganoderma Lucidum in Vitro. Journal of Ethnopharmacology, 2004; 265-272.

Ozden F, Turanli A, Acikgoz G, Eroglu C. Clinical success of lysine in association with serumal and salivary presence of HSV-1 in patients with recurrent aphthous ulceration. Journal of Experimental and Integrative Medicine, 2011;1:191-196.

Riga M, Kefalidis G, Danielides V. The role of diabetes mellitus in the clinical presentation and prognosis of Bell palsy. Journal of the American Board of Family Medicine: JABFM. Nov-Dec 2012;25(6):819-826.

Vynograd N, Vynograd I et al. A Comparative Multi-Center Study of the Efficacy of Propolis, Acyclovie and Placebo in the Treatment of Genital Herpes (HSV). Phytomedicine, 2000; 7(1): 1-6

This information (and any accompanying material) is not intended to replace the attention or advice of a physician or other qualified health care professional. Anyone who wishes to embark on any dietary, drug, exercise, or other lifestyle change intended to prevent or treat a specific disease or condition should first consult with and seek clearance from a physician or other qualified health care professional. Pregnant women in particular should seek the advice of a physician before using any protocol listed on this website. The protocols described on this website are for adults only, unless otherwise specified. Product labels may contain important safety information and the most recent product information provided by the product manufacturers should be carefully reviewed prior to use to verify the dose, administration, and contraindications. National, state, and local laws may vary regarding the use and application of many of the treatments discussed. The reader assumes the risk of any injuries. The authors and publishers, their affiliates and assigns are not liable for any injury and/or damage to persons arising from this protocol and expressly disclaim responsibility for any adverse effects resulting from the use of the information contained herein.

The protocols raise many issues that are subject to change as new data emerge. None of our suggested protocol regimens can guarantee health benefits. The publisher has not performed independent verification of the data contained herein, and expressly disclaim responsibility for any error in literature.

Source of the text above: https://www.lifeextension.com/Protocols/Neurological/Bells-Palsy/Page-03?p=1
Retrieved:  7/11/2019