The Bioavailability of Different Forms of Vitamin C (Ascorbic Acid) 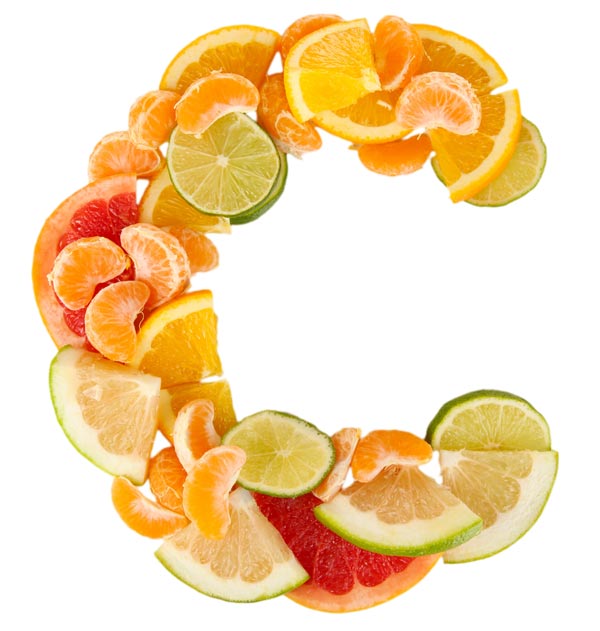 Note: This article is from Oregon State University – Linus Pauling Institute.. I wrote a note at the end of this reminding the reader of some “natural” food-based sources of vitamin C.

In the rapidly expanding market of dietary supplements, it is possible to find vitamin C in many different forms with many claims regarding its efficacy or bioavailability. Bioavailability refers to the degree to which a nutrient (or drug) becomes available to the target tissue after it has been administered. We reviewed the literature for the results of scientific research on the bioavailability of different forms of vitamin C.

Bioflavonoids or flavonoids are polyphenolic compounds found in plants. Vitamin C-rich fruit and vegetables, especially citrus fruit, are often rich sources of flavonoids as well. The effect of bioflavonoids on the bioavailability of ascorbic acid has been recently reviewed (7).

Results from the 10 clinical studies comparing the absorption of vitamin C alone or vitamin C in flavonoid-containing foods showed no appreciable differences in bioavailability of ascorbic acid. Only one study, which included five men and three women, found that a 500-mg supplement of synthetic ascorbic acid, given in a natural citrus extract containing bioflavonoids, proteins, and carbohydrates, was more slowly absorbed and 35% more bioavailable than synthetic ascorbic acid alone, when based on plasma levels of ascorbic acid (8). The remaining studies showed either no change or slightly lower plasma ascorbate levels in subjects who consumed vitamin C with flavonoids compared to flavonoids alone (7).

Another assessment of vitamin C bioavailability is measuring urinary ascorbate levels to approximate rates of vitamin C excretion. One study in six young Japanese males (22-26 years old) showed a significant reduction in urinary excretion of ascorbic acid in the presence of acerola juice, a natural source of both vitamin C and flavonoids (9). However, three separate studies showed that urinary levels of vitamin C were increased after consumption of kiwifruit (10), blackcurrant juice (11), or orange juice (1). Overall, the impact of flavonoids on the bioavailability of vitamin C seems to be negligible; however, there is a need for carefully controlled studies using specific flavonoid extracts (7).

Ester-C® contains mainly calcium ascorbate, but also contains small amounts of the vitamin C metabolites, dehydroascorbic acid (oxidized ascorbic acid), calcium threonate, and trace levels of xylonate and lyxonate. In their literature, the manufacturers state that the metabolites, especially threonate, increase the bioavailability of the vitamin C in this product, and they indicate that they have performed a study in humans that demonstrates the increased bioavailability of vitamin C in Ester-C®. This study has not been published in a peer-reviewed journal. A small published study of vitamin C bioavailability in eight women and one man found no difference between Ester-C® and commercially available ascorbic acid tablets with respect to the absorption and urinary excretion of vitamin C (12). Ester-C® should not be confused with ascorbyl palmitate, which is also marketed as “vitamin C ester” (see below).

Other formulations of vitamin C

PureWay-C® is composed of vitamin C and lipid metabolites. Two cell culture studies using PureWay-C® have been published by the same investigators (18, 19), but in vivo data are currently lacking. A small study in healthy adults found that serum levels of vitamin C did not differ when a single oral dose (1 gram) of either PureWay-C® or ascorbic acid was administered (20).

Keep in mind, many foods and herbs are excellent sources of vitamin C. Here’s a short list of the top foods known to contain a descent amount of natural Vit C:

2.  Mangels, A.R. et al. The bioavailability to humans of ascorbic acid from oranges, orange juice, and cooked broccoli is similar to that of synthetic ascorbic acid. Journal of Nutrition. 1993; volume 123: pages 1054-1061.  (PubMed)

12.  Johnston, C.S. & Luo, B. Comparison of the absorption and excretion of three commercially available sources of vitamin C. Journal of the American Dietetic Association. 1994; volume 94: pages 779-781.