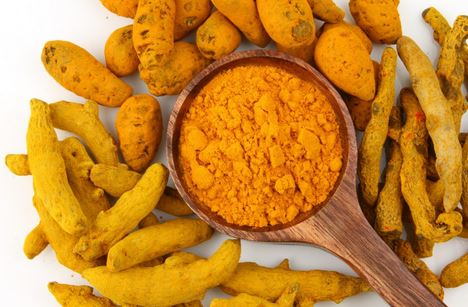 I agree with Dr Mercola on a lot of topics, this is one of them. I have copied and quoted this entire article here for educational purposes and as a reference to my clients. This article touches on a number of important points. Please visit Dr Mercola’s website to find more information.

Curcumin May Help Lower Your Inflammation

About 34 percent of Americans have metabolic syndrome,1 which is a term used to describe a cluster of symptoms that increases your risk of heart disease, diabetes, stroke, and other chronic disease.

Those symptoms include a large waistline, high blood pressure, high blood sugar, low levels of HDL cholesterol, and high levels of triglycerides. Though they may seem, at first, to be very different symptoms.

“It has become evident that the inflammatory condition that is associated with obesity and overweight plays an important part in the aetiology of the metabolic syndrome and largely contributes to the related pathological outcomes.”

It makes sense, then, that curcumin – one of the most potent anti-inflammatories in nature – would also help to lower inflammation in people with the disorder.

Researchers enrolled 117 people diagnosed with metabolic syndrome in a study to determine curcumin’s effects on inflammation. Curcumin is the active ingredient in the yellow curry spice turmeric. Half of the participants took one gram of curcumin powder daily for eight weeks while the other half received a placebo pill.

At the end of the study, the curcumin group had lower levels of three blood markers of inflammation, including C-reactive protein (CRP), along with lower fasting blood sugar and hemoglobin A1c (a measure of longer term blood sugar levels).3

For comparison, the placebo group had higher blood sugar levels and increased inflammation after the eight weeks. When the researchers evaluated eight previous studies, they, too, confirmed that curcumin lead to reductions in CRP levels.

They concluded that short-term supplementation with bioavailable curcumin significantly improves oxidative and inflammatory status in people with metabolic syndrome, and could be regarded as a “natural, safe and effective CRP-lowering agent.”4

Curcumin May Have Over 150 Therapeutic Properties

Researchers have previously investigated curcumin for its potential role in improving Parkinson’s, Alzheimer’s disease, and stroke damage. It can also promote brain health in general, courtesy of its potent antioxidant and anti-inflammatory properties – the same ones that show promise for improving metabolic syndrome.

Curcumin exhibits over 150 potentially therapeutic activities, including potent anti-cancer properties.5 Curcumin is also capable of crossing your blood-brain barrier, which is one reason why it holds promise as a neuroprotective agent in a wide range of neurological disorders.

One of the ways it works, which is similar to vitamin D, is by modulating large numbers of your genes. Previous research has also demonstrated that curcumin acts by inserting itself into your cells’ membranes where it changes the physical properties of the membrane itself, making it more orderly.6

As for its anti-inflammatory properties, curcumin can inhibit both the activity and the synthesis of cyclooxygenase-2 (COX2) and 5-lipooxygenase (5-LOX), as well as other enzymes that have been implicated in inflammation.

A 2006 study also found that a turmeric extract composed of curcuminoids (curcumin is the most investigated curcuminoid) blocked inflammatory pathways, effectively preventing the launch of a protein that triggers swelling and pain.7

If You Want to Try One Herb… Try Curcumin

Turmeric may very well be one of the most useful herbs on the planet, and in India is often referred to as “the spice of life.” Curcumin in turmeric has the ability to modulate genetic activity and expression—both by destroying cancer cells and by promoting healthy cell function.

It also promotes anti-angiogenesis, meaning it helps prevent the development of additional blood supply necessary for cancer cell growth. Curcumin appears to be universally useful for just about every type of cancer. In addition, according to an ever-expanding clinical body of studies, curcumin may help:

A study published in Natural Product Reports in 2011 makes it even clearer why curcumin may be useful for the cluster of conditions that make up metabolic syndrome, as it describes curcumin as being therapeutic for a wide range of diseases, including:

Turmeric is a wonderful spice with a warm earthy, peppery flavor. Eastern cultural traditions, including traditional Chinese medicine and Ayurveda, have valued turmeric for its medicinal properties and flavor for more than 5,000 years.

This is one spice I recommend keeping in your kitchen at all times, as it works well added to tomato sauces, soups, stews, leafy greens, stir fries, cauliflower and other veggies, and even eggs.

Choosing high-quality turmeric powder in lieu of curry powder will help you get more of the active curcumin, however, if you’re looking for therapeutic effects a supplement may be in order.

It’s difficult to get the doses of curcumin used in research studies from your diet alone. The featured study used a dose of one gram of curcumin, while typical anti-cancer doses are up to three grams of bioavailable curcumin extract, three to four times daily, and this is difficult to achieve using standard curcumin powders. The turmeric root itself contains only about 3 percent curcumin concentration.

One method to increase absorption is to make a microemulsion by combining a tablespoon of curcumin powder with 1-2 egg yolks and a teaspoon or two of melted coconut oil. Then use a hand blender on high speed to emulsify the powder.

Another strategy you can use to increase absorption is to put one tablespoon of the curcumin powder into a quart of boiling water. It must be boiling when you add the powder, as it will not work as well if you put it in room temperature water and heat the water and curcumin together. After boiling it for 10 minutes, you will have created a 12% solution and you can drink this once it has cooled down. The curcumin will gradually fall out of the solution over time and in about six hours it will be a 6% solution, so it is best to drink the water within four hours.

Curcumin is a very potent yellow pigment and can permanently discolor surfaces if you aren’t careful. To avoid “yellow kitchen syndrome,” I recommend you perform any mixing under the hood of your stove with the blower on to make sure no powder gets into your kitchen.  Alternatively, it is far easier to take curcumin in supplement form – just make sure it’s a high-quality brand that is formulated to increase bioavailability. And look for a turmeric extract with at least 95% curcuminoids. Just be aware that these are relatively rare and hard to find.

Excessive dietary sugar, particularly fructose, which has adverse effects on all of your metabolic hormones, is driving the high rates of insulin resistance in the US. So it’s important to address the fructose in your diet, keeping it below 25 grams per day and, if you have metabolic syndrome, below 15 grams a day. Simply put, you’ve got to cut processed foods from your diet and focus on real food (which, beneficially, will also help to lower your levels of chronic inflammation). Intermittent fasting may be another way to address insulin resistance, as is exercise.

Exercise is crucial to resolving metabolic syndrome because it increases muscle mass, which increases mitochondria, and this in turn improves insulin sensitivity. Also important is optimizing your gut flora, ideally by eating traditionally fermented foods. Keep in mind that processed foods in general tend to destroy healthy microflora, so if you switch to a low-sugar whole-food diet you’ll automatically be supporting your gut health as well. For more information on how overloading your liver with more sugar than it can safely metabolize leads to chronic metabolic disease – and what to do about it – please watch my interview with Dr. Lustig below.