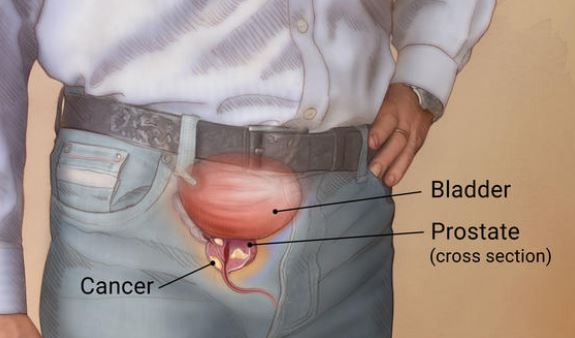 A man with advanced prostate cancer is believed to be cured after doctors ‘shocked’ his tumour to death with huge amounts of testosterone.

The result has been described as ‘unexpected’ and ‘exciting’ because most prostate cancer therapies work by depriving tumours of testosterone, because cancer uses it as a fuel.

Other seriously ill men taking part in the same trial showed responses that astounded scientists, with tumours shrinking and the progress of their disease halted.

Levels of Prostate Specific Antigen (PSA), a blood marker used to monitor prostate cancer, also fell in the majority of the 47 participants.

One individual whose PSA levels dropped to zero after three months and shows no remaining trace of the disease after 22 cycles of treatment appears to be cured, said the researchers.

Professor Sam Denmeade, from Johns Hopkins University School of Medicine in Baltimore, US, who led the study, said: “”Our goal is to shock the cancer cells by exposing them rapidly to very high followed by very low levels of testosterone in the blood. The results are unexpected and exciting.

“We are still in the early stages of figuring out how this works and how to incorporate it into the treatment paradigm for prostate cancer.

“Many of the men have stable disease that has not progressed for more than 12 months.

“I think we may have cured one man whose PSA dropped to zero after three months and has remained so now for 22 cycles. His disease has all disappeared.”

All of the patients had spreading cancer that was resistant to treatment with two of the latest hormone therapy drugs, abiraterone and enzalutamide.

The trial involved three cycles of “bipolar androgen therapy” (BAT) which involves alternately flooding and starving the body of the male hormone testosterone.

In contrast upping testosterone in a man with prostate cancer is generally considered similar to pouring petrol on a fire.

Yet laboratory experiments had hinted that blasting tumours with high levels of the hormone might suppress or even kill prostate cancer cells.

The men received high dose injections of testosterone once every 28 days. At the same time, they were given a drug that stopped testosterone being produced naturally by the testicles.

Prof Denmeade said it was still not clear how the treatment worked, but it appeared to involve cell signalling and part of the process of cell division. Large doses of testosterone also seemed to cause prostate cancer cells to make breaks in their DNA.

Cancer cells stopped dividing and turned “senescent”, meaning they “become like old men who sit around and tell stories but don’t make much trouble”, said the professor.

Dr Matt Hobbs, deputy director of research at the charity Prostate Cancer UK, said: “Drugs that reduce the levels of testosterone (androgen deprivation therapy) are an effective treatment for thousands of men with advanced prostate cancer.

“However, at some point the cancer evolves and those drugs stop working. This research is intriguing because it offers a hint that – somewhat unexpectedly – for some men whose cancers have reached that ‘hormone-resistant’ stage it may be possible to kill or stop growth of the cancer cells by actually overloading them with testosterone.

“Many exciting new lines of attack against prostate cancer are emerging of which this is one.

“However, this is early stage research and further studies are needed in order to understand exactly how intriguing developments like this work and to test the findings more robustly in large clinical trials.”

The early findings from the on-going study were presented at at symposium on Molecular Targets and Cancer Therapeutics in Munich, Germany.

“The pituitary hormones have diverse functons, including effects on epithelial tissues, other than their “classical” functions. Growth hormone, ACTH (Lostroh and Li, 1957), and ACTH with prolactin (Tullner, 1963) stimulate prostate growth. Prolactin–which is increased by estrogen–stimulates growth of the rat’s lateral prostate (Holland and Lee, 1980), and stimulates the growth of human prostate epithelial cells in vitro (Syms, et al., 1985). LH (luteinizing hormone) increases when progesterone or testosterone is deficient, and growth hormone and prolactin (which are closely associated in evolution) both increase under a variety of stressful situations, and with estrogenic stimulation. Prostate cancer patients who had higher levels of LH and lower testosterone died most quickly. (Harper, et al., 1984.) Also, a high ratio of testosterone to estradiol or of testosterone to prolactin corresponded to better survival (Rannikko, et al., 1981.) Considered separately, patients with higher testosterone levels had a better prognosis than those with lower levels, and patients with lower growth hormone levels did better than those with higher growth hormone levels. (Wilson, et al., 1985.) Has anyone ever tried testosterone therapy for prostate cancer? Or, more practically, a generalized antiestrogenic therapy, using thyroid, progesterone, and pregnenolone? Other drugs (naloxone, bromocriptine, gonadotropin-releasing hormone agonists, and anti-growth hormone druges, e.g.) are available to regulate the pituitary hormones, and might be useful therapeutically or preventively. (See Blaakaer, et al., 1995.) Biskind and Biskind’s work (1944) with ovarian tumors might be relevant to both testicular and prostate cancer.” http://raypeat.com/articles/articles/prostate-cancer.shtml