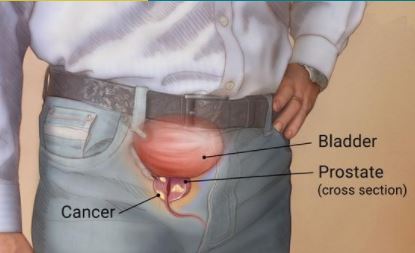 This article is shared for educational purposes

Finally, New Prostate Cancer Tests
That are Better Than PSA

Prostate cancer is the second most common cancer among men in the US. Of the 30 million men who will be screened this year, an estimated 180,000 will be diagnosed.

It’s also the second most common form of cancer death for men, with more than 26,000 fatalities per year. This is sad, because all prostate cancers are considered 100% curable if they’re caught early enough.

Unfortunately, there’s a lack of accurate, dependable screening tests to help us find this disease early. Even though doctors themselves have largely lost faith in the PSA test, it’s still pretty much the only game in town.

But, at long last, some better tests are on the horizon. . .

A quick look at the PSA blood test

In 1994, the FDA approved a blood test to screen for Prostate-Specific Antigen (PSA). PSA is a protein made by the prostate in response to disease or inflammation. Elevated levels of PSA in the bloodstream are an assumed indicator of prostate cancer, or prostatitis, or infection. . .or something.

Before the PSA test was implemented, about 70,000 men a year were diagnosed with prostate cancer.

By the early 2000s, that number had risen to over 200,000. You might think this is a good thing – doctors were finding cancers that previously went undetected, so those men could get treatment and lives could be saved.

Well, that’s not how it worked out. Most prostate cancers are relatively harmless. An estimated nine out ten grow very slowly, and a man can live a very long time without knowing he has a tumor – or caring.

The saying used to be, “Most men die with prostate cancer, not of it.” They went to their graves never knowing they had a “problem.”

Now, with the coming of the PSA test, vast numbers of slow-growing cancers are discovered and removed surgically or treated with radiation. The common side effects of the treatments – impotence, incontinence, a general loss of vitality – last a lifetime. Another risk is infections resulting from surgery or a hospital stay.

Is the tumor aggressive?

A biopsy involves punching into the prostate with a needle, in a number of places, to take samples of tissue. The samples are analyzed for the presence of cancer cells.

Men are afraid they’ll draw the wrong number in the lottery and be the one guy out of ten who has aggressive prostate cancer. When a patient has heard the C-word, most of the time he’s demanding surgery before the doctor even has a chance to suggest it. So a high PSA scores leads to biopsies leads to surgery, even with a nine-in-ten chance that the surgery could have been avoided or put off for years.

Just to be safe, about 60,000 men will undergo surgery and radiation therapy for low-risk cancer.

The statistics show that all this “precautionary” treatment has not saved lives.

You don’t have to take my word for it: In 2013, the American Urological Association came to the conclusion that our current tests lead to needless biopsies, which lead to risky surgeries to remove non-life-threatening prostate cancers.

Perhaps this is the most important fact: The number of prostate cancer deaths remained about the same, around 30,000, before and after the frantic increase in prostate cancer surgery and other treatments.

The basic problem is to distinguish aggressive from slow-growing prostate tumors.

In aggressive cases, surgery and radiation therapy are a necessity. These conventional solutions are usually effective provided the cancer is confined to the prostate. Less damaging alternative treatments are available.

But in low-risk, slow-growth cases, annual monitoring is all that’s required to keep an eye on the disease’s progression.

3 new tests that may help narrow it down

Doctors are looking at a new regimen of screening tests that can be done to better determine if a prostate tumor is aggressive.

The first is a simple urine test:

Exosome Diagnostics, a company out of Cambridge, Massachusetts, has developed a method of studying exosomes in urine samples.

Exosomes are messengers between cells that allow cancer to spread. The RNA inside these exosomes can yield clues as to whether prostate cancer is present and whether it’s aggressive or low-risk.

From the patient’s perspective, few things could be easier than a urine test, and it could stop a lot of worry before it occurs.

A top executive at Exosome Diagnostics has expressed concern that urologists will resist the new test, because they can make a lot more money doing a biopsy. Let’s hope urologists take a more constructive attitude.

I would ask my doctor to look into this test before subjecting myself to a biopsy. Here’s their website: http://www.exosomedx.com/

The second test is called the 4K score:

This is a variation on the PSA blood test mentioned above. This version more accurately determines the aggressiveness of the disease and scores that on a scale.

The score is used to decide whether a biopsy is necessary, which can save time and money on the patient’s behalf. Prostate biopsies — I’m told by people who know — are extremely painful. They should be a last resort.

These first two tests will hopefully cut back on the number of needless biopsies done per year. But in cases where a biopsy turns out to be necessary, new testing is required to find out whether further treatment will be needed.

Please know this: While a biopsy can confirm whether cancer is present, it still doesn’t tell us whether it’s aggressive or not. But there’s a new hope. . .

How to get more information out of a biopsy

The third test is called the Prolaris, a genetic analysis performed on biopsied tissue. A company called Myriad Genetics of Irvine, California is carrying out these tests.

They determine the risk that a patient will die from the disease within the next ten years. With this information, a patient and his doctor are in a better position to decide on next steps.

Other genetic tests are being developed for use when a biopsy results in a negative, to ensure that the cancer wasn’t missed previously or that it hasn’t spread elsewhere.

This combination of tests is awaiting approval from the FDA. The first of the three may be available already – I was unable to get a definitive answer on this.

But experts are already pointing toward these new tests as a safer, fairer and more honest method of evaluating your choices and putting together a treatment plan.

This article is about detection, not treatment, but I do want to say that if you have an early-stage prostate tumor – especially one that doesn’t seem to be aggressive – it’s definitely worth trying alternatives.

With rare exceptions, you have plenty of time to try healthy food, exercise, and anticancer supplements, as well as infrared sauna and other detoxification methods. And I can tell you from personal experience (it worked for me) that this approach can eliminate prostate tumors without invasive treatments.

2013 AUA Guideline on the Early Detection of Prostate Cancer