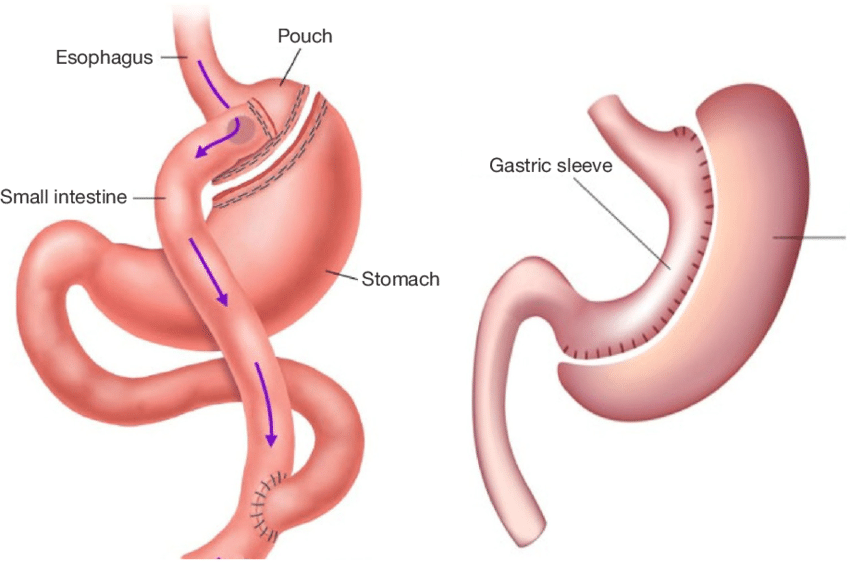 The articles below are shared under the fair use act here for educational purposes and to promote research and for posterity.

People who undergo a gastric bypass procedure called Roux-en-Y are three times more likely than those in the general population to die of drug- or alcohol-related causes, according to researchers at the University of Pittsburgh.

The reason isn’t clear, but laboratory studies have shown that Roux-en-Y surgery changes the way the body reacts to drugs and alcohol.

“The effect is purely physiological, not psychological,” said Dr. John Morton, chief of bariatric and minimally invasive surgery at Yale School of Medicine, who reviewed the findings. “Gastric bypass surgery removes 95% of the stomach. Alcohol receptors exist in the stomach and the liver, so by removing so much of the stomach, people lose the first pass at metabolizing alcohol.”

Morton was not involved in the study but has published research on the topic.

For this study, the Pitt researchers followed nearly 2,500 adults who had weight-loss surgery at one of 10 hospitals across the United States. About eight out of 10 were women and 86% were white. Their median age was 46, meaning half were older, half younger. The patients were followed for seven years.

During that time, 10 of the study participants died of causes directly related to drug or alcohol use.

That included six accidental drug overdoses; one intentional drug overdose; one overdose where intent was unknown; and two from alcoholic liver disease. All 10 had had a Roux-en-Y bypass, which reduces the stomach size and shortens the intestine.
As with other forms of “bariatric” (weight-loss) surgery, having a smaller stomach makes people feel full sooner, so they lose weight.

To compare patient death rates with those in the general population, researchers used a formula called “person-years.” It measures the number of people studied and number of years each participated in the study.

Study co-author Wendy King said, “Our study primarily focused on those who had Roux-en-Y gastric bypass surgery; it did not examine differences in drug- and alcohol-related mortality among those who had undergone” another type of weight-loss surgery called sleeve gastrectomy.

“New evidence suggests that sleeve gastrectomy may also alter the way alcohol is metabolized in the body, so there is more work to do,” she added. King is an associate professor in the department of epidemiology at the University of Pittsburgh Graduate School of Public Health.

Because their stomachs hold less, people who undergo bariatric surgery tend to feel the effects of alcohol sooner and after fewer drinks. Researchers said that’s why it is important for patients to pay attention not only to how alcohol makes them feel, but also whether it interferes with relationships and daily activities

Results: During follow‐up, 93.1% of the surgery patients and 96.0% of the controls reported alcohol consumption classified as low risk by the World Health Organization (WHO). However, compared to controls, the gastric bypass group had increased risk of alcohol abuse diagnoses (adjusted hazard ratio [adjHR] = 4.97), alcohol consumption at least at the WHO medium risk level (adjHR = 2.69), and alcohol problems (adjHR = 5.91). VBG increased the risk of these conditions with adjHRs of 2.23, 1.52, and 2.30, respectively, while banding was not different from controls.